I am a Drupal developer, consultant, and trainer, living at Pongummoodu (around 23km from KEK).

I make a living by helping web-entrepreneurs leverage on the power of Drupal as a strong, secure and scalable platform on which they can happily build their web businesses on.

I used to have a full-time job before, freelanced for a bit, and then set-up a Drupal consulting firm,
essentially carrying on the freelance projects under the new firm, with a bit more people, to help me get things done reliably.

I've also been gathering some really good people together into a small collective of freelancers
with the hope that something really good will eventually come out when good people come together.

I also help some people start off as web developers.

I believe in the power of good communities.

Technology, Open Source, Creative and Artistic communities have always been a strong source of inspiration for me,
and I have been always looking to connect with them.

KeK provides me with a quiet and beautiful work environment, with good infrastructure, in a rural context, and is an ideal place where I get to meet all kinds of interesting and.. read more

As founder and mentor of various hackspaces and active member of Chaos Computer Club (CCC) I am glad to support KEK in the starting days till mid/end November. My first contact to India was with the Centre for Internet and Society (CIS) in Bangalore in 2013, where I e.g. restarted the Cryptoparty movement just before Snowden came in limelight.

By training I am a carpenter and an anthropologist with a minor in computer science (german degrees). As it was mentioned in the community meet by various people for themselves: Yes, I can swim; and can try to teach. Besides that I am happy to introduce everyone interested in the more-safe-ways using the internet and the web Also I always love to show how to use the internet in general -- instead of using the web only. 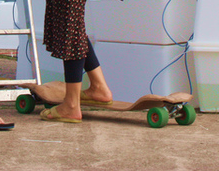 In the last decade I have organized many events like the Chaos Communication Congress (C3) mentioning as the biggest one. While in India, some friends and me had the crazy idea to start something in Himachal the Himalayas (and later at the Beach): Check out hillhacks.in and hackbeach.in to learn more, but don’t be confused: The.. read more 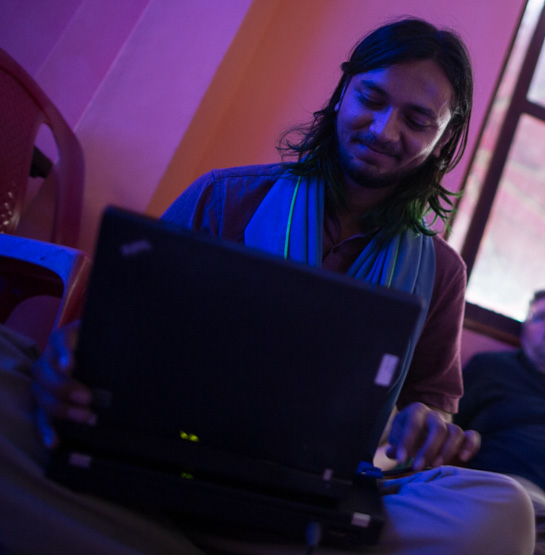 Along with writing software for a living, in the past, I have been part of the wikimedia.org communities in varied roles and now I help create temporary spaces for the intelligentsia to come together and gossip do interesting things.

Scheming as a systems person and a resident mentee & mentor at kek till end December, 2015. 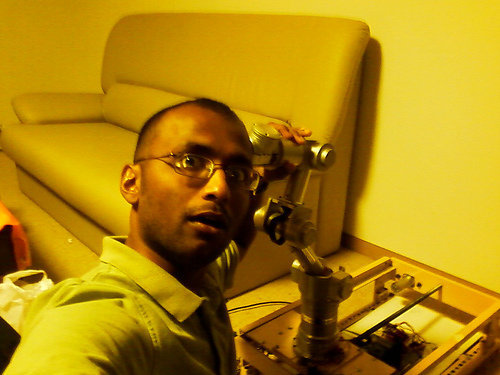 I like to play with kernel code, electronics, walk up mountains, travel footloose and hang out with the locals, pretend to cook, do a bit of gardening / small scale farming, teach, take things apart, and generally pretend that I'm an intelligent sort.

In reality, I'm homeless and spending time at KeK, teaching the solar lamp unit workers at the local charity http://www.sisp.in/ , basic electronics. I do this on Tuesday's and Thursdays.

My real job is to work on the NetBSD (and other BSDs) kernel.

I will be a KeK resident until end February, 2016